FBA is earning the respect of business allies and opponents in the never-ending struggle to enact pro-business legislation and defeat bills that would make it even harder to do business in California, the Association’s lobbyists told FBA members on May 2 during the sixth annual Family Business Day event. 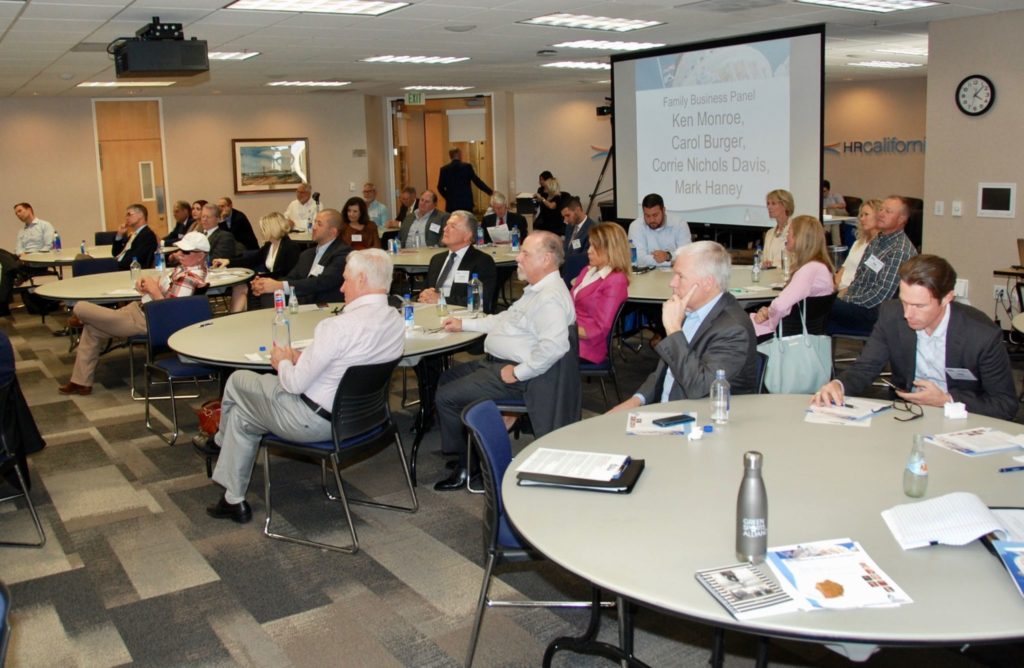 “We’re now getting called by the state Chamber of Commerce to ask us to testify on their bills,” Dennis Albiani told about 70 members and guests at the afternoon conference in downtown Sacramento. “There is a brand that family businesses have and that’s a nice dynamic.”

Albiani and fellow lobbyist Faith Lane Borges said FBA is focused on several key issues this year:
• Continuing our leadership role to prevent a state inheritance tax from being enacted.
• Fighting proposals to weaken Proposition 13 and enact a split roll that would allow business properties to be reassessed more frequently.
• Regulatory relief.
• And supporting workforce development.

So far this year, FBA leaders and lobbyists have held 15 one-on-one meetings with lawmakers, building relationships that are essential educating lawmakers about the impacts on family businesses.

Albiani and Lane updated attendees about key bills that are still pending this year.

FBA opposes numerous bills, including ACA 22, which would more than double the state’s corporate tax rate; SB 993, which would impose a tax on most services purchased by businesses; SB 1284, which would require employers to report wages paid to employees to the state, which could be used to subject businesses to unfair criticism and litigation; and AB 2841 that would expand the number of paid sick days from three to five, while allowing local governments to adopt more stringent requirements.

The Association supports a number of bills as well, including AB 1743, which would continue funding for career technical education, and AB 2023, which would make the child care tax credit refundable, meaning more working families could benefit from a tax refund. 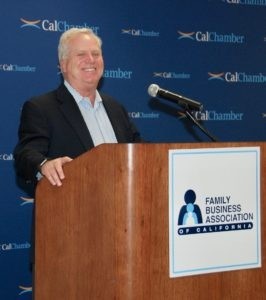 Martin Wilson, the executive vice president and chief political strategist for the state Chamber, walked attendees through a number of statewide and legislative races taking place this year, including the race to replace Gov. Jerry Brown, where Democratic Lt. Gov. Gavin Newsom is almost certain to be one of the top-two vote-getters in June but the second finalist could be a Democrat as well.

“Newsom’s support of split roll and imposing a services tax on business people should be very worrisome to you,” Wilson told attendees.

He also said polling clearly shows that Californians are generally liberal but still have a conservative bent on many issues. He said the major issues voters identified were immigration, the economy, politics and corruption, and taxes. They are not hearing enough from candidates about crime, job creation, building more highways, and keeping energy costs low – but are hearing too much about making California a sanctuary state for undocumented immigrants.

“The gas tax increase is very unpopular,” he noted. 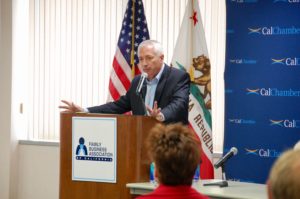 Also speaking was former TV anchorman Sam Shane, who now consults with businesses on communication strategies. He urged businesses to ensure their websites were informative and up to date since a majority of consumers visit them to find out more about a company for making a purchase.

In addition, he said it’s more important than ever to use video online and in social media. Research shows that 90 percent of shoppers find video helpful in making buying decisions and Internet video now makes up 79 percent of global consumer Internet traffic.

With cell phones and computers, businesses have the tools they need to produce quality videos in-house or by hiring a firm to assist. He said it was particularly important to make sure website and video are professional and attractive because unattractive content can chase customers away. 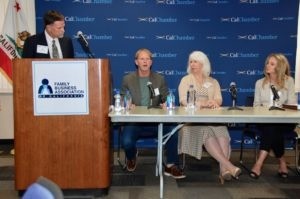 Davis, whose family has owned its farming operation for four generations, said one thing business owners should do is build relationships with regulators, so you can educate them about how regulations affect your business and work with them to come up with solutions that achieve the goal without significantly harming your operations.

Haney said lawmakers should relax tough overtime laws that even employees think are too restrictive and instead give employers more flexibility. 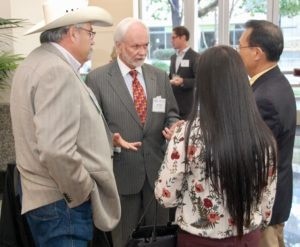 And Burger said business owners should engage in lobbying. “When you go in and start complaining, they’ve heard that before but they don’t know what to do to solve the problem. The hard part is telling them ‘this is what I need.’ The answers are complex and you really need to have a plan for what you need.”

At one point, Monroe quipped, “So what you’re saying is in spite of these guys across the street (in the Capitol), we’re going to be successful.”

State Sen. Ted Gaines – an FBA member – wrapped up the session with a few insights about activity in the Legislature.

The day concluded with a legislative reception that featured a number of lawmakers in attendance.