Jim Dobbas Inc.: 50 years of working on the railroad

When Jim Dobbas incorporated his business, he figured doing so on April 1, 1968, was fitting.

“It was April Fool’s Day, but I didn’t care because I didn’t think I was going to make it anyway,” he recalled with a chuckle. Fortunately for California’s railroads, his pessimism was ill-founded.

From a single truck hired out to haul heavy loads, Jim Dobbas Inc. has grown to be a premier heavy equipment contractor, specializing in emergency and derailment response service for class 1 railroads such as the Union Pacific and Burlington Northern Santa Fe. From its yard in Newcastle, northeast of Sacramento, the company now serves Northern California, northern Nevada and southern Oregon. 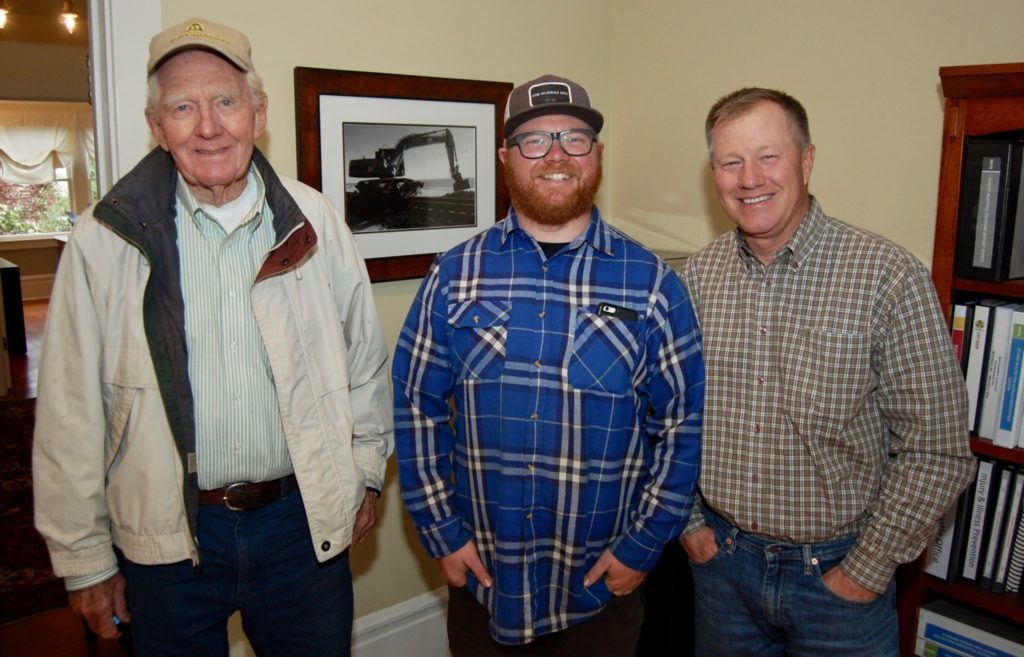 Three generations of the Dobbas family - from left, Jim, Dillon, and Don.

Don Dobbas, the second-generation president, said railroad-related work makes up about 80 percent of the company’s business, with the rest outside transportation and heavy equipment hauling. A crew of about 40 employees man the fleet of excavators, loaders, dozers, trucks and trailers, and other heavy equipment.

That’s a far cry from the beginning.  The family emigrated to the region in 1855 and owned dairies, but Jim was fascinated with trucks since he was a young boy. While still a student at Placer High School in Auburn, Jim bought a 1932 Ford school bus hoping to get it running in auto shop. When that didn’t work out, he bought a running 1931 Chevy truck and then after graduating bought a new Chevy two-ton truck.

Before starting his own company, he was a dispatcher for another company and finally decided to go out on his own.

“Then, I had one truck and no employees, and I didn’t want any. I was going to run that truck until I died,” he said. But a former coworker had other ideas. He kept pestering Jim for a job and finally Jim bought an old truck with no motor for $500 and the new employee soon got it running. That driver started in 1969 and stayed with Dobbas until he retired – and still drops by from time to time to see how things are going.

The company got its big break in 1973, when a train containing 21 freight cars, each carrying 330 bombs and bound for Vietnam, exploded in the massive Roseville rail yard, then owned by the Southern Pacific Railroad. Hot brakes caused by the descent from the Sierra had caused some of the cars’ wooden floors to catch fire.

Jim, now 87, was at home in Auburn when he heard the bombs going off at about 7 a.m. He learned what was happening from a Fire Department radio in his pickup and called SP’s division engineer, who told him to get all the heavy equipment he could and head for Roseville.

His crews stacked the twisted debris and broken tracks in a side area and helped the railroad install new track. “We cleaned up the yard and they were running trains in seven days,” he said.

Jim and Don, who took over as president in 1990 and assumed ownership in 2000, attributed the company’s success and longevity to excellent employees and sheer tenacity.

“It was just going at it every day, answering the phone and saying yes,” Don said. “Working for the railroad you don’t know what that call is going to be. It’s not like bidding a contracting job. Sometimes you’re working seven days straight in bad weather. It takes special people to do it.” 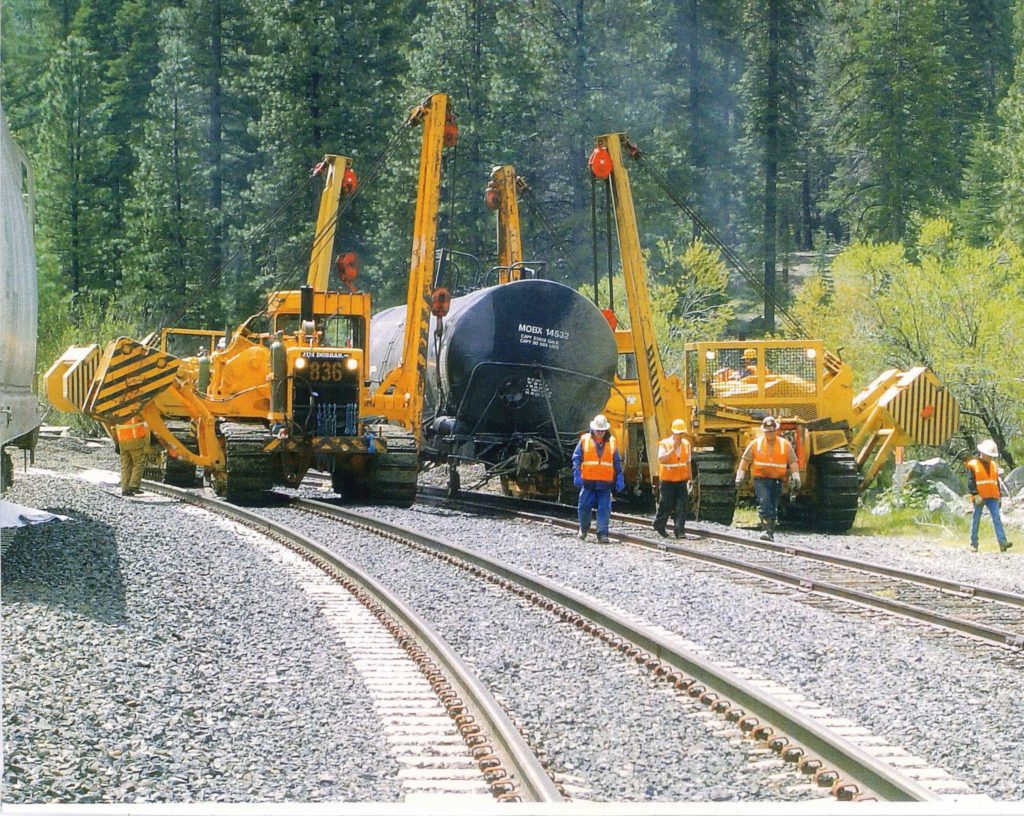 The jobs often entail bringing the heavy equipment in on rail as close as possible, pulling up the cars, and lifting them back onto good sections of track – one car at a time. The worst derailment they had to deal with was 94 loaded cars in Cajon Pass north of San Bernardino.

Like many second-generation family business owners, Don got his start by going along with his dad on jobs when he was 7 and 8 years old. He worked during summers while in high school and then started full-time as a laborer, equipment operator, and driver after graduating from high school in 1979.

“I never really had the urge to do something different,” Don said. “I was comfortable with it and it was fun – there was no way I was going to be in an office job back then.”

His son, Dillon, is now working as an equipment operator but like many next-gen family members, isn’t sure yet if he wants to make the company his career.

Like many California business owners, the Dobbases say doing business here is always a challenge. The state’s strict environmental regulators – the California Air Resources Board and the Water Quality Control Board in particular – can be difficult to work with.

“The scariest thing is the environmental movement. The smallest mistake – a broken hydraulic line that leaks oil into a river – could cost us the entire company,” Jim said.

Don said family businesses have unique interests unlike other companies, especially inheritance taxes. And, of course, finding family members interested in working for the business and eventually taking over. That’s where FBA has been very helpful, he said.

“Family businesses are different. They have different challenges than a big (public) corporation. For us to have a voice at the Capitol is very important and FBA is there to keep an eye on all the legislation that add more burdens to business,” he said. “That’s invaluable.”

For another perspective, read the article about the Dobbas family business in the Auburn Journal.