While Lippow Development Co. is officially celebrating its 70thanniversary this year, the Martinez-based family business really began decades earlier, when family patriarch Leo Lippow opened a bike shop outside of Milwaukee, Wis. During the first decade of the 20thcentury, that same bike shop morphed into one of the nation’s first Harley-Davidson dealers.

Larry’s grandfather, Leo Lippovaski, was a Polish Jew living in the Russian Empire, a country marked by pogroms and less-violent anti-Semitism at the turn of the 20thcentury. Leo wanted to start a new life in America and saved up enough money to buy passage on a ship for himself and his mother. Together, they sailed into New York Harbor in 1904.

“They came through Ellis Island and brought all of their belongings in one suitcase,” Larry said. Like so many immigrants, the clerk decided that their family name was too foreign for America and changed it to Lippow.

“He just marked his name with an X and when he was done he turned around and saw someone had stolen their suitcase. He and his mother had literally nothing except a few coins in his pocket,” Larry said, noting that the family has passed that story down from generation to generation to remind everyone that what they have was built on the backs of their forebears. 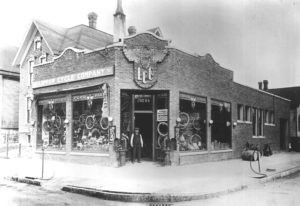 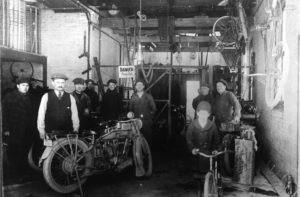 An interior view of the shop.

The new arrivals had relatives in the Milwaukee area and somehow found transportation. When they arrived, Leo soon approached the owner of a nearby bicycle shop (as the Wright Brothers knew, an important business at the time) and made a proposal. If the owner would allow Leo and his mother to live in the back of the shop free of rent, Leo would work for free and only ask to be taught the business.

A year or so later, the bike shop owner decided to sell the business and the property and Leo made another proposal: to buy both and pay the seller over time. The deal was consummated. Leo quickly grew the business by adding Harley-Davidson motorcycles to his inventory. In an effort to promote the sale of motorcycles, Leo formed one of the country’s first motorcycle clubs to go on rides together and to also have motorcycle races.

He also married, and in 1914 the couple’s only son, Sidney, was born. Sidney had lung problems and their doctor suggested the family relocate somewhere warmer. So, Leo took a train to Southern California to investigate the area and experience the warmer climate. He wound up in a bar in Orange County. Over drinks, a man offered to sell Leo a piece of land, and thinking that it would be a good location to build a bike shop, Leo decided to make the purchase.

“The next day or so, somebody offered him twice as much for the land and he took it. That planted a seed that the real estate business in California might not be a bad idea,” Lippow said.

Leo decided to visit other parts of the Golden State before deciding where to settle down, and to pay for his travels bought a few shares in a bus line that eventually became Greyhound. Shareholders could ride for free, so Leo traveled up the coast and a few days later wound up in another bar, this time in Willows, northwest of Sacramento.

“The owner of the Palace Hotel, restaurant, and bar was also the mayor, and he told my grandfather that he wanted to get out of real estate and focus on politics, so that night my grandfather bought the property and the next day he wired for his family in Milwaukee to pack up and move to Willows,” Lippow said.

There was, however, a problem once the family got settled in Willows. As observant Jews, the Lippows wanted to attend temple, but the closest synagogue was in Sacramento, a long and dusty motorcycle ride away. Eventually, they bought the Traveler’s Hotel in Martinez and the Grand Avenue Garage in Oakland. The family moved to Piedmont and became active members in the synagogue in Oakland.

After graduating from Piedmont High School, Sidney was awarded a football scholarship to attend USC. He only attended for two years before Leo wanted Sidney to come home and start working in the family business. Shortly afterwards, the family moved to Martinez to actively participate in the management of the Traveler’s Hotel and other real estate purchased in the Martinez area.

Leo acquired and sold commercial and residential real estate over the following years and the business flourished. Like many entrepreneurs, Leo wanted to keep control and when he finally formed a corporation in 1948 he kept all the voting stock, giving non-voting stock to other family members. When he died in 1961, Sidney inherited the voting shares. Under Sidney’s watch, the family business continued to grow and expanded its holdings throughout Northern California.

After graduating from the University of Arizona in 1978, Larry turned down an offer from IBM, decided not to pursue an opportunity to attend law school in Arizona, and came home to the Bay Area and work with his dad, and did so until Sidney died in 1986. The company continued to grow and do well after Sidney’s passing.

“I was under the impression we were a big, happy family. Shortly after my dad died I started getting calls from relatives who said they’d always told dad he should have diversified or done things differently. I finally realized that many of our family members wanted to cash in and do other things,” he said.

With the support of his younger sister, Laura Lippow Babiak, Larry decided to give his family members one opportunity to sell 100 percent of their shares in the family business, but he thought the power of the family story would keep most of them together. So he wrote a book about the company’s first 50 years, had copies made for everyone, and made each promise to read it from front to back and then decide in 60 days if they wanted to sell or stay.

“When the day came, I really thought most would remain as shareholders in the family business, but all sold but my younger sister and me. We went from 25 owners to two. I was devastated,” he said. 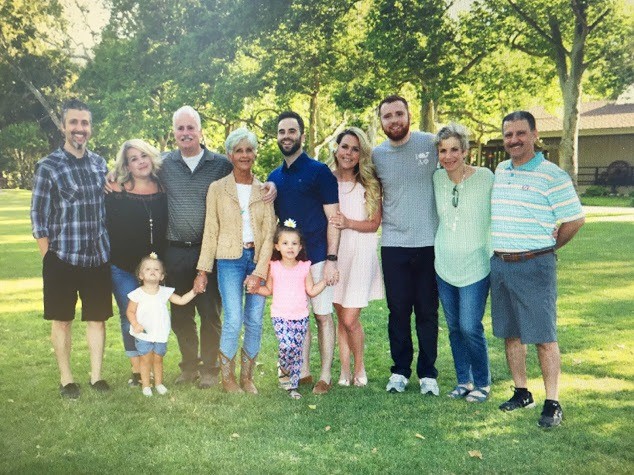 But in the long run, it was a good thing because Larry and Laura were able to move in one direction as a team without any distractions from other owners. In an effort to help ensure the continuance of the family business for the future, Larry and Laura implemented two key things learned from their previous experience dealing with discord from family owners. First, create a buy/sell agreement that clearly spells out shares’ values and method of payment over time that will provide the flexibility to allow the family business to continue to operate in the future and at the same time offer shareholders a tool for liquidity should they decide to sell their ownership interest in the family business. Second, appoint outside and independent directors to its Board of Directors to make sure that the company’s policies are created for the benefit of the business first, and not for the benefit of any specific family member.

The company. has expanded from the Bay Area to Arizona in recent years, partly because of California’s growing regulatory burdens and high taxes.  Larry remains optimistic about the business, noting he and his sister each have two children and have spent much time trying to educate the next generation about the difference between being an owner in the family business and an employee in the family business. In addition, there has been much discussion in the family about promoting the concept of stewardship. Several of the fourth generation have expressed some interest in becoming active in the management of the family business.

Larry said Lippow Development Co. joined FBA because it’s a great platform to remind lawmakers and regulators that family businesses are huge job creators, tax revenue generators, and entrepreneurs who try to remain nimble and flexible to be able to survive for the long term, both in good and bad economic times.

“If our state government would lower the income tax rate and minimize the many other taxes, fees, rules, and regulations, it would help family enterprises to thrive in California, thereby producing many more job opportunities and revenue for the state. It’s already hard enough to be successful in business, but every year it’s more challenging, especially here in California.  I’m not sure some legislators appreciate or understand how their actions impact small businesses,” he said.

In the meantime, Larry continues to love the real estate business. The firm recently sold its last apartment complex and now is focused solely on commercial investments.

“When my kids were young and would bring me to class for show and tell, I would be asked what I do in business. I would say I play Monopoly for a living. I try to pass Go and collect $200 as many times as I can and definitely want to stay out of jail because there’s no get-out-of-jail free card in real life,” he said.

Larry looks forward to the future and takes pride in building Lippow Development Co.’s legacy with inclusion of the fourth generation of the Lippow family. At the same time, it is important at all times to educate and remind the family of the previous Lippow generations’ sacrifices made for the family business and the family’s humble beginnings in the United States, and that these values and idea — along with the opportunity to continue to play Monopoly, whether that be in California, Arizona, Nevada, Utah, or Texas — still gets him excited to go to work each and every day.