Four businesses recently joined the Family Business Association of California, the only organization exclusively working to protect the interests of family businesses in Sacramento. 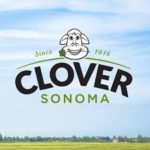 Clover Sonoma has joined FBA as a founding member, the highest level of membership. The company was founded in1916 as the Petaluma Cooperative Creamery and remained a cooperative until the mid 1970s, when the biggest fire in Petaluma’s history destroyed the processing and bottling operations. Clover Stornetta Farms was born in 1977 when Gene Benedetti purchased the wholesale distribution business after the co-op decided not to rebuild. Gene’s son, Dan, succeeded him as president in 1986 and the company was an early entrant into organics. Third-generation president Marcus Benedetti became president in 2006, and added the title of chairman of the board in 2015. They are a major dairy products company with 240 employees headquartered in Petaluma. The company rebranded as Clover Sonoma in 2017.

Three other businesses have joined as regular members. 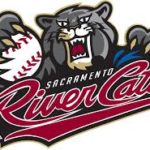 The Sacramento River Cats, a Triple A baseball team affiliated with the San Francisco Giants, was founded by Art Savage in 1999 and has been one of the most successful minor league sports teams in the country. Art passed away several years ago after a brief illness, and his wife, Susan, is now CEO and majority owner, and son Jeff is president of the team. The team is headquartered in West Sacramento where they play baseball at Raley Field. They have 60 full time employees.

Chico-based Northgate Petroleum Company was founded in 1922 with a two-horse-drawn tank wagon. It also established Chico’s first Shell gas station. Bud Caldwell and a partner purchased the company in 1988 and they provide fuels and lubricants in Northern California and Central Nevada. 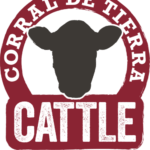 FBA Executive Director Robert Rivinius said the four companies recognize the challenges of doing business in California and seek to remain family-owned in the years to come.

“California’s family businesses are the pillars of their communities. They create the bulk of new jobs, look at the long-term, treat their employees as extended family and stakeholders, and are far more responsive to local needs than corporations headquartered thousands of miles away,” Rivinius said.

“Yet the state’s ever-increasing tax and regulatory burden makes it harder and harder for these firms to remain strong. This year, FBA led a coalition to defeat a dangerous plan to impose a California inheritance tax that would have jeopardized the future existence of many of these companies, and these four businesses recognize the need for family businesses to band together.”

About the Family Business Association of California (FBA): Founded in 2012, the Family Business Association of California is the only organization working exclusively at the Capitol to educate lawmakers and regulators about the importance of family businesses to the state’s economy and to their communities – and to advocate positions on legislation and regulations. For more information, visit www.myfba.org.