Frivolous PAGA lawsuits are making some lawyers rich, but they aren’t helping workers or employers

This op-ed by FBA Chairman Ken Monroe appeared in the Los Angeles Times on December 6, 2018

Fourteen years ago, California set up a new method for enforcing its complex wage and hour laws. 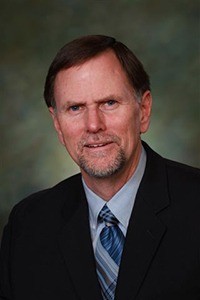 The legislation, called the Private Attorneys General Act, or PAGA, allows private attorneys to sue employers on behalf of a class of company employees.

The ostensible motivation behind the law was to protect workers. But in reality, PAGA lawsuits have made it more difficult for family-owned businesses like mine to be flexible with employees. Predatory trial lawyers take advantage of the law, using as their playbook the more than 800 pages that make up California’s labor code.

As I learned the hard way, these penalties can add up fast, easily reaching hundreds of thousands of dollars for a small company like ours (and millions for larger businesses). The end result is that employers have to enforce onerous labor regulations that often do not benefit employees, or risk getting sued. For instance, we have employees who start their work day early and don’t necessarily want to stop for lunch at 10 a.m. They would rather wait until their friends take their lunch breaks, so that they can eat together.

As a family-owned business, we wanted to take employee desires into account, so we used to let them wait to eat — even though state law requires that hourly employees take a half-hour meal period after five hours of work, whether they want to or not.

Then, about two years ago, we were hit with a PAGA lawsuit. A disgruntled former employee had linked up with San Diego trial lawyers who specialize in such suits. Like virtually all companies that find themselves the target of a PAGA or class-action lawsuit, we negotiated a settlement rather than take the risk of losing in court and facing the onerous maximum penalties prescribed by the law.

In what was a pretty standard negotiation, the attorneys received 35% of the settlement, the state got 2%, the mediator got 2% and the disgruntled former employee got $7,500. The 300 employees that made up the class action each received between $23 and a few thousand dollars.

Our employees did better than some plaintiffs, at least. Google recently paid $1 million to settle a similar lawsuit. Its employees got $15 each, while the lawyers who brought the case walked away with more than $300,000. Uber drivers did even worse. They got $1.08 each, the lawyers $2.3 million.

The law of unintended consequences has since kicked in at our company. We have had to institute strict rules about meal and rest breaks and the accuracy of time cards, to ensure that we are always in compliance with California’s complex labor laws.

Now employees who want to work through their lunch so that they can go home early or eat with fellow employees are simply out of luck. We cannot legally accommodate their reasonable requests. The company cannot risk another PAGA lawsuit.

We’ve received many complaints from our employees about our strict adherence to every clause on every page of the labor code, and we’re sorry to take away their flexibility. But our hands are tied. Making matters worse, a California appeals court ruled in September that business owners can now be held personally liable for certain violations.

Ask any human resources consultant what employees want in the workplace and their answer is likely to include: respect, trust, recognition, autonomy and flexibility. Unfortunately, California’s labor laws and regulations are making it increasingly difficult for businesses to provide these things.

Lawmakers defeated two bills this year that would have given employers the right to fix problems before PAGA suits could be filed. The Family Business Assn. continues to search for solutions.

In the meantime, I encourage state legislators to come by any of my company’s locations, from Merced to Redding, and talk to employees who now can’t eat lunch with their friends or leave early to go to a doctor’s appointment.

Surely this isn’t what the authors of the Private Attorneys General Act had in mind.

Ken Monroe is the chairman of the Family Business Assn. of California and the president of Holt of California.