Now in its third generation and celebrating its 60th year in business, Lund Construction Co. – like so many family businesses – began as a home-based business. The year was 1958 and George and Alta Lund began the Sacramento-area business with just a motor grader and a tractor.

After working on and off as an operator and supervisor for several West Coast construction firms, George finally decided to take the plunge and start his own company. With his wife Alta by his side handling the books, until her recent retirement at the age of 90, their vision of a family-operated business was key to its early success. 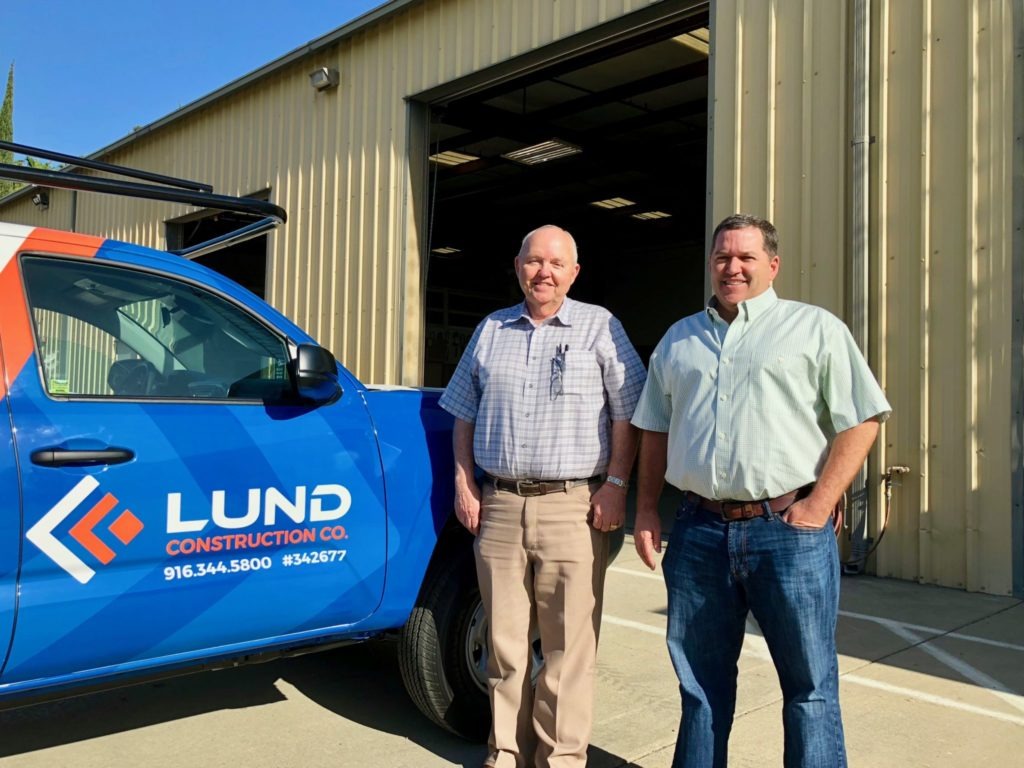 “When my dad got started, being a family business meant customers were accessible to the owner and you had a personal relationship,” recalled George’s son, Jerry, who still serves as company president while having turned over most of the day-to-day operations to his son, Kevin. “With a personal relationship, you built trust in what the other person said, and deals were sealed with a handshake.”

At first the company specialized in small grading and paving jobs, but eventually expanded into grading subdivisions and custom-home lots to house the region’s rapidly growing population. 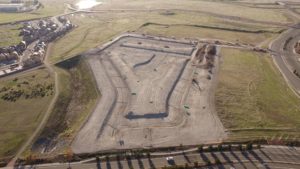 A Lund grading project in Rocklin.

Recently the company has completed several large projects across all sectors they target, including residential subdivision work for large, national builders. This includes completed site work for a 120-lot subdivision for one development project, and mass excavation with utility installation and the largest redi-rock precast wall in Northern California to date for another project.

But the company also works closely with the public sector. For example, Lund has been working on a multiyear project with SMUD as part of their annual cable replacement program to replace pull boxes, vaults, and conduit that were direct-buried in the ground 50 years ago. 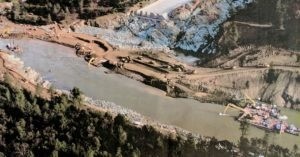 Lund also played a major role in clearing debris from the Feather River immediately below the Oroville Dam spillway after it collapsed in early 2017. Immediately afterwards, the company built haul roads and access roads to allow for excavation and removal of 750,000 cubic yards of debris. At the project’s peak, Lund had more than 40 people in the field and office to support a 24-hour, 7-day/week schedule for eight weeks.

As is the case in many family businesses, both Jerry and Kevin began working for their dads while they were still very young.

“As a boy, who wouldn’t get excited about driving tractors? I grew up on a tractor and worked from the time I was 12,” Jerry said. “It was the same as a boy having to mow the lawn after school, only more exciting.” He began working full-time when he graduated from high school in 1964, and by the mid 1980s was running the company.

Following his dad’s vision of remaining a family-run business, Jerry had his twin sons, Kevin and Jeff, follow suit and begin work when they were 15.

“The construction business always intrigued me,” Kevin said. “I like being outdoors on the job sites because the people we work with get up early and work hard, but we also have fun. Our crew is an extended part of our family.”

Of course, there was a learning curve.

Staying true to the Lund way of remaining hands-on in daily operations, Jerry had Kevin learning the business on various job sites as an equipment operator. One included a project to tie into a PG&E gas line in Roseville.

As the project began, the PG&E foreman requested the job supervisor provide a seasoned operator for digging around the high-pressure gas line. Kevin wasn’t thrilled about this since he’d been doing good work for some time on several projects.

“At one point, he came over to me and said that it didn’t matter that much to him or to me if I made a mistake because the fireball would kill us instantly, but perhaps I should think about all the other workers and the company,” he recalled with a chuckle. “The project ended with no explosions and I am happy to have learned what I did in the field to help me run the company.”

Because the Sacramento area continues to grow and offer an abundance of work, Kevin and Jerry have decided to focus primarily in the region to contribute to that growth. “Our goal is to continue to promote a healthy work-life balance for our employees by sending everyone home each night, combined with a sense of pride on the projects they are building within their greater community,” Kevin said.

To mark the company’s anniversary, Lund recently unveiled a new logo that replicates a diamond road sign, with elements that stand for their core principles: the tradition and experience the company is based on; the safety of employees and the environment; and growth in the future of the company and region.

And the future is one reason why Lund joined FBA in 2014. Like most California businesses, the state’s increasingly stringent tax and regulatory climate make it difficult to stay profitable.

“No matter how big we think we are, to be heard by the legislators or the air quality regulators is almost impossible without belonging to an organization with strength,” Jerry said.

“You need a strong voice,” Kevin agreed. “Being part of FBA is a great way to get your voice heard.”